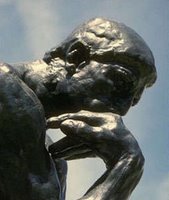 What is fluid intelligence (Gf)?

According to the APA Dictionary of Psychology, fluid abilities are those abilities "such as memory span and mental quickness, that are functionally related to physiological condition and maturation. Fluid abilities appear to increase during childhood and to deteriorate , to some extent, in old age" (p. 381).

Drawing inferences of a generalized conclusion from particular instances (Induction-I) and the ability to derive conclusions by reasoning, specifically: inference in which the conclusion about particulars follows necessarily from general or universal premises (General Sequential Reasoning-RG; aka, deductive reasoning), are generally considered the hallmark indicators of Gf.

Gf has often been linked to cognitive complexity which can be defined as a greater use of a wide and diverse array of elementary cognitive processes during performance. Cognitive complexity is often defined as the ability to deal with a multitude of elements and the relations among the elements. Cognitively complex tasks (compared to cognitively less demanding or simple tasks) require the processing of more components and more flexible and adaptive assembly and reassembly of processing from component to component. Cognitive complexity should not be considered isomorphic with abstract thinking, a characteristic often associated with Gf.

Narrow Gf abilities
Many psychometric tasks have been devised to measure Gf, with the major design characteristics being the use of figural or symbolic stimuli and the minimization of task components that draw upon a person's store of acquired knowledge.