CHC interpretation of the KABC-II: Guest post by John Garruto 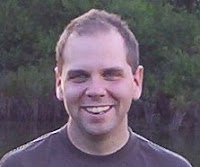 The following is a guest post by John Garruto, school psychologist with the Oswego School District and member of the IQs Corner Virtual Community of Scholars. John reviewed the following article and has provided his comments below. [Blog dictator note - John's review is presented "as is" with only a few minor copy edits by the blog dictator and the insertion of some URL links]

Abstract:
Okay, I have to tie in the Super Bowl somewhere because the New York Giants won and I waited seventeen years for this to happen again. Like the Super Bowl, there are many practitioners who are interested in the end results (the score at the end of the game), not necessarily how one got there (the whole study) or the analysis of each play (the statistics). For the ease of readers, I’m going to jump to the score at the end of the game.

The Results: The K-ABC II is emerging as a serious contender among cognitive assessment batteries. I also want to say that from reading his posts on the CHC listserv, and now this article, I’m expecting to see some more good stuff from Matthew Reynolds (I’ve always been a fan of Tim Keith’s research and really like his stuff on the WJ-III).

This study seeks to analyze the K-ABC II from a CHC perspective, which is one of two theories the test is built upon (the other is the Luria-Das perspective where the original has its origins.) It’s worth mentioning that Kaufman is not new to CHC theory. The Kaufman Adolescent and Adult Intelligence Test (KAIT) also used Gf-Gc as its basis. The current study is an internal validity study using factor analysis methods. Several analysis were performed to determine best model fit with certain manipulations of the analysis.

First it bears mentioning that the test g (general intelligence) loadings are consistent with prior research (Gf and Gc being high g loaders-Gv as well interestingly!) Reynolds et al. sought to answer some interesting hypotheses regarding model fit as well as cross-factor test loadings. Here are some questions posed and answers provided:

Overall Conclusion: I think K-ABC II is going somewhere. It is receiving some interesting recognition by some scholars and even is purported to have some utility with nonverbal, non English speaking, and/or autistic spectrum populations. Given the potential of this instrument in cognitive assessment, the research opportunities are certainly plentiful. I still see the Wechsler as my test of choice for Gc, the WJ-III as my favorite test to fill in the holes left by many cognitive batteries...but there certainly seems to be significant practical implications for the K-ABC II. Certainly the relationships to CHC theory are again very much substantiated. Certainly there are plenty of Patriots who want to view assessment from a traditional framework. Also, like the Patriots, there are those who are jumping on the loudest flavor of the month (RTI as being the only way to diagnose learning disabilities). However, the Reynolds et al. study continues to show that CHC theory has stood solid time and again as one of the "Giant" individual differences frameworks for use by school psychologists.