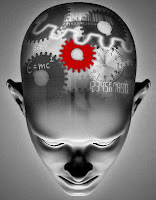 A person’s set of beliefs that reflect the reasons why they approach and engage in academic and learning tasks. A performance goal orientation is exemplified by a concern for personal ability, a normative social comparison with others, preoccupation with the perception of others, a desire for public recognition for performance, and a need to avoid looking incompetent. A learning goal orientation reflects a focus on task completion and understanding, learning, mastery, solving problems, and developing new skills.

Academic goal orientation is based on contemporary “goal-as-motives” theory where it is posited that “all actions are given meaning, direction, and purpose by the goals that individuals seek out, and that the quality and intensity of behavior will change as these goals change” (Covington, 2000, p. 174). Achievement goal theory is particularly important in education as it is believed that by differentially reinforcing some goals (and not others), teachers can influence (change) the reasons why students learn—that is, change their motivation (Covington, 2000).

Different groups of researchers have converged on strikingly similar findings regarding the importance of academic goal orientation for academic success (Snow et al., 1996). The resultant achievement goal theory has received considerable attention during the past decade (Eccles & Wigfield, 2002; Linnenbrink & Pintrich, 2002b). Goal theory focuses on the role that “purpose” plays in motivation attitudes and behavior (Anderman & Maehr, 1994; Eccles &Wigfield, 2002; Maehr, 1999; Snow et al., 1996; Urdan & Maehr, 1995). Goal orientation focuses on the student’s reasons for taking a course or wanting a specific grade (Anderman et al., 2002). In this document, academic goal orientation is defined as an individual’s set of beliefs that reflect the reasons why they approach and engage in academic tasks (Eccles & Wigfield, 2002; Linnenbrink & Pintrich, 2002a; Pintrich, 2000b; Skaalvik & Skaalvik, 2002; Wentzel, 1999).

Although the specific terminology may differ amongst researchers, goal theory typically proposes two general goal orientations (Covington, 2000; Linnenbrink & Pintrich, 2002a). Nicholls and colleagues (e.g., Nicholls, Cobb, Yackel, & Wood, 1990) classify goals as either ego- or task- involved (Eccles & Wigfield, 2002). Dweck and colleagues (see Dweck, 1999) distinguish between performance (such as ego-involved goals) and learning goals (such as task-involved goals). Ames (1992) refers to performance and mastery goals. A performance goal orientation is characterized by self-questions such as “Will I look smart?” and/or “Can I out- perform others?” which reflect a concern for personal ability, a normative social comparison with others, preoccupation with the perception of others, a desire for public recognition for performance, a need to avoid looking incompetent, and “outperforming others as a means to aggrandize one’s ability status at the expense of peers”(Covington, 2000, p. 174). In contrast, a student with a learning goal orientation would more likely ask the questions “How can I do this task?” and “What will I learn?” The learning goal orientation reflects a focus on task completion and understanding, learning, mastery, solving problems, developing new skills, and an appreciation for what one learns (Covington, 2000; Eccles & Wigfield, 2002; Linnenbrink & Pintrich, 2002b; Skaalvik & Skaalvik, 2002).