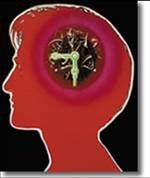 For those who know me well, this post may come as a bit of a shock.

I've never been a big fan of the construct of g (general intelligence; click here and here). Why?

During the past 20 years I had the fortunate privilege, via my involvement in the development of the last two editions of the Woodcock-Johnson (WJ-R; WJ III), to have observed and participated in lively debates (in the same room) between John Horn (there is no g) and Jack Carroll (g exists) . I concluded that if these two giants in the field of intelligence (as well as many other scholars since the days of Spearman--early 1900's) could not agree on the existence of this construct, who am I (an applied psychometrician and applied educational psychologist) to render any sound judgement re: this arguement. More importantly, as an applied test developer and ex-school pscyhologist, I found the notion of g (and full scale IQ scores) to be of little practical use....to me the important information was at the level of broad and narrow CHC abilities. So..I typically have opted out of the g vs no-g debates due to practical beliefs.

However, over the past few years a number of initially unrelated professional activities/events have started to merge, and this convergence has required me to give the g vs no-g debate more attention. In particular, I have recently become involved in the external evaluation [conflict of interest disclosure - I was paid for my evaluation work by the company] of an intervention program (Interactive Metronome) which is based on improving the synchronized metronome tapping (SMT) of individuals. As I've stated elsewhere, I was initially EXTREMELY skeptical about SMT, particularly as it related to possible positive effects on academic functioning. Long story short.....I, along with much of school psychology/special education, was seriously "burned" during the early days of special education vis-a-vis various non-cognitive interventions (psychomotor training; psycholinguistic training) for kids with special needs (they were all found wanting).

I have previously made a number of blog posts (click here, here, and here) regarding SMT/IM and related mental/time-tracking research. Now, in an article "in press" in Intelligence (see below), I see a possible connection between SMT/IM and the authors hypotheses that there may be a "temporal g" (based on an underlying internal master mental time keeper cognitive mechanism.) Although based on a small sample (needs replication and extension), in this investigation the reseachers found that a temporal g factor demonstrated a higher correlation (r = .56) with psychometric g than did the traditional/default/favorite approach to measuring the neural essence of g (Jensen's neural effieciency/oscillation theory), namely, Hick's reaction time paradigm (r = .-34)

What I find interesting is that SMT/IM effects, which cut across diverse domains of human performance, fit nicely with the notion of an underlying domain-general mental time keeping mechanism that may be strongly related to g (in the form of a temporal g construct). I could write much more, but instead, I'll provide a link to some PPT slides (in a pdf file; click here) that I've been crafting to explain all of this. Please recognize that these thoughts (as captured in this post and in the PPT slides) are in their formative stage of development.

Quoting from an old song from the 70's by Buffalo Springfield, "Something is happening here....what it is aint' exactly clear..." My interest is piqued and I will continue to actively reflect on, and, study these developments.

Below is the reference and abstract, as well as a link to the article.

powered by performancing firefox
Posted by Kevin McGrew at 4:19 PM

Does the cerebellum = g ?

My understanding of g / non-g and the whole CHC is vague at best. Everything I know about it I have learnt from your blog so I'm definitely being ultracrepidarian here but I was wondering about the role of the cerebellum and g.

As well as controlling physical movement, the cerebellum receives direct input from most of the senses. It also plays a role in short-term memory. There is good evidence that poor motor control and memory issues are correlated to learning problems such as ADHD and dyslexia. fMRI scans have also correlated smaller than average cerebellum with learning disorders. Interventions that focus on the cerebellum have resulted in students making rapid gains in abilities across a range of domains.

Does this not suggest that the cerebellum is acting as a bottleneck or throttle on certain CHC domains (e.g. reading) by limiting the amount of information that reach the other areas of the brain? How well an individual performs in a particular domain is going to be as dependent on how much information the relevant neurological areas receives as it is on any domain specific strategies abilities that they posses.

Could something like IM which combines physical movement, sensory processing and temporal skill be training the cerebellum, widening the bottleneck and letting more information reach the domain specific neurology?