Preschool Programs Informed by Basic Research in Neuroplasticity... in 1966 [feedly]

Shared via feedly // published on The Neurocritic // visit site 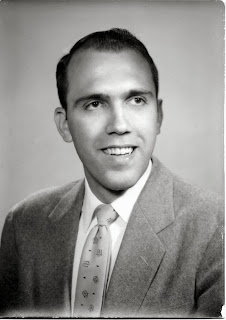 "Krech (1960), Rosenzweig (1964), Bennett (1964), and others have successfully identified and measured physiological changes in the brain that relate directly to early experiences in carefully controlled studies with laboratory rats."

In his review of various approaches to early childhood education in the 1960s (e.g., Operation Head Start, Perry Preschool Project, etc.), psychologist David P. Weikart cited literature on neuroplasticity in adult rats (Weikart, 1966). Although written in the context of an early life "critical period" for learning, and contrasting the effects of exposure to deprived vs. enriched conditions on educational attainment in young children, he was aware of animal studies showing that neuroplastic changes continued into adulthood.

He was also ahead of his time in his beliefs that the causes of racial differences in IQ were not inherent, but a result of differences in socioeconomic status and access to resources (Weikart, 1966):

Pasamanick & Knoblock (1961) have documented the impact of deprivation most vividly in their study of infant development. Employing samples of [Black] and White infants selected for equal birth weights and absence of defects or premature birth, and using the Gesell Development Scale, they found no significant difference between the two groups at 40 weeks of age; the White babies obtained a developmental quotient of 105.4 and the [Black] babies as DQ of 104.5. At age 3, the first 300 of the original 1,000 children studied were retested and a highly significant difference was found. The developmental quotient of the White children rose to 110.9, while the DQ of the [Black] children fell to 97.4.

In a 2003 biographical article, he was quoted as saying:

"Over the previous 10 years of standardized achievement testing (1948-1957), no class in the predominantly African American school ever exceeded the 10th percentile on national norms for any tested subject," he writes in his memoir. "Yet in the elementary school across town, which primarily served the children of white, middle-class university professionals, no class ever scored less than the 90th percentile."

"I was working in a context where most people felt that IQ was God-given, and unfortunately, low-IQ minority children were just born that way," writes Weikart in his memoir.

But some people were beginning to question this idea, including Weikart. He recalls learning about studies of cage-reared versus playground-reared rats in zoology courses he took during graduate school.

"These studies strongly suggested that problems caused by limited environments could be ameliorated by stimulus-rich opportunities," he wrote. "For me, the idea of enriched opportunities for poor children from limited backgrounds seemed justified by the findings from these ... studies."

This brief example from the education literature provides another reason that those peddling "neuroplasticity" as a fairly recent finding need to take a few history lessons (e.g.,  Now we know the brain is "neuroplastic"... in the 19th century).