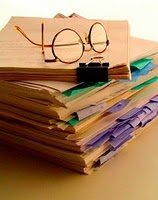 Matzke, D. Dolan, C., & Molenaar, D. (in press). The issue of power in the identification of “g” with lower-order factors.  Intelligence.


In higher order factor models, general intelligence (g) is often found to correlate perfectly with lower-order common factors, suggesting that g and some well-defined cognitive ability, such as working memory, may be identical. However, the results of studies that addressed the equivalence of g and lower-order factors are inconsistent. We suggest that this inconsistency may partly be attributable to the lack of statistical power to detect the distinctiveness of the two factors. The present study therefore investigated the power to reject the hypothesis that g and a lower-order factor are perfectly correlated using artificial datasets, based on realistic parameter values and on the results of selected publications. The results of the power analyses indicated that power was substantially influenced by the effect size and the number and the reliability of the indicators. The examination of published studies revealed that most case studies that reported a perfect correlation between g and a lower-order factor were underpowered, with power coefficients rarely exceeding 0.30. We conclude the paper by emphasizing the importance of considering power in the context of identifying g with lower-order factors.