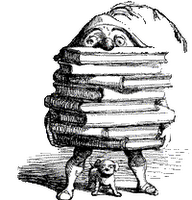 In spite of the long-standing tradition of including measures of visual-motor integration in psychological evaluations, visual-motor abilities have not been included in the Cattell-Horn-Carroll (CHC) theory of cognitive abilities or its complementary cross-battery approach to assessment. The purpose of this research was to identify the shared constructs of a popular test of visual-motor integration and a test of intellectual functioning, and to investigate how a test of visual-motor integration would be classified within the CHC model. A large normative sample of 3,015 participants that ranged in age from 5 to 97 years completed the Bender Visual-Motor Gestalt Test, Second Edition (Bender-Gestalt II; Brannigan & Decker, 2003) and the Stanford-Binet Intelligence Scale, Fifth Edition (SB5; Roid, 2003). Correlational analyses indicated positive moderate correlations across all age ranges between the Bender-Gestalt II Copy measure and the SB5 Nonverbal Visual-Spatial Processing subscale and between the Bender-Gestalt II Recall measure and the SB5 Nonverbal Visual-Spatial Processing and Nonverbal Working Memory subscales. Exploratory factor analyses revealed a three-factor model for four age groupings and four-factor model for one age grouping, suggesting factors which represent crystallized ability, fluid reasoning, and visual-motor ability. The results of this study suggest that the Bender-Gestalt II measures abilities that are not included in the SB5. Therefore, the Bender-Gestalt II would complement an intelligence test such as the SB5 in order to form a CHC Visual Processing ( Gv ) broad ability factor. These findings also address the need for further research to validate the constructs measured by newer versions of widely-used tests of cognitive ability.