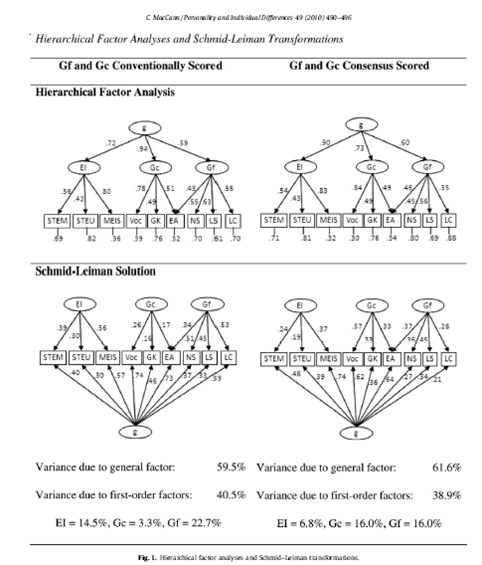 This study tests whether emotional intelligence (EI) is distinct from existing factors of intelligence after controlling for method factors in EI measurement. The relationship between EI, fluid intelligence (Gf), and crystallized intelligence (Gc) latent factors is examined in a sample of Australian undergraduates (N = 207). EI measures are all multiple-choice so as to control for response format, and the study also examines the effect of consensus scoring on the distinction of EI from Gf and Gc. Results show that EI forms a latent factor distinct from Gf and Gc, though strongly related to Gc, and that consensus scoring has only minor effects on the factor structure. EI and Gc factors show similar relationships with big five personality, relating only to Openness. Females tend to score higher on EI, whereas males tend to score higher on Gf and Gc. It is suggested that EI might be considered a different content domain for acquired knowledge than is typically examined by Gc tests, and may have different motivational pathways to development.
Article Outline

4.1. The effect of consensus scoring on factor structure
4.2. Limitations and future directions