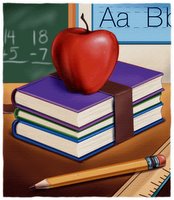 Completing my trilogy on the conative construct of ability conception (click here and here for prior posts), below are some of the major educational implications from the ability conception research literature. Most of this information is drawn from Dweck [Dweck, C. S. (2002). The development of ability conceptions, In A. Wigfield, & J.S. Eccles (Eds.), Development of achievement motivation (pp. 57-91). San Diego: Academic Press. - click here for more information on this excellent book), with minor augmentations from Kaplan and Midgley (1997) and Perkins et al. (2000).