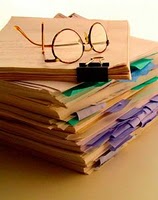 
Duncan et al. (2007) presented a new methodology for identifying kindergarten readiness factors and quantifying their importance by determining which of children's developing skills measured around kindergarten entrance would predict later reading and math achievement. This article extends Duncan et al.'s work to identify kindergarten readiness factors with 6 longitudinal data sets. Their results identified kindergarten math and reading readiness and attention as the primary long-term predictors but found no effects from social skills or internalizing and externalizing behavior. We incorporated motor skills measures from 3 of the data sets and found that fine motor skills are an additional strong predictor of later achievement. Using one of the data sets, we also predicted later science scores and incorporated an additional early test of general knowledge of the social and physical world as a predictor. We found that the test of general knowledge was by far the strongest predictor of science and reading and also contributed significantly to predicting later math, making the content of this test another important kindergarten readiness indicator. Together, attention, fine motor skills, and general knowledge are much stronger overall predictors of later math, reading, and science scores than early math and reading scores alone.