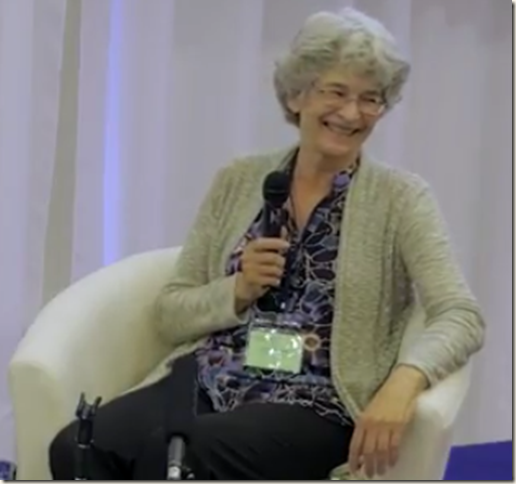 If, despite her having made so may contributions to intelligence research, Linda Gottfredson had to be remembered for only one thing,  I think it would be for her exposition of the meaning of intelligence in everyday life.

Whereas most previous researchers talked about the abstract concept of intellectual power, and gave examples only in terms of academic qualifications, Linda looked at the practical impacts of ability on trainability and the successful completion of everyday tasks. Even among my clinical psychology colleagues, most of whom who had done lots of intelligence testing, her papers were received with enthusiasm and some amazement. She explained what people could do at all levels of intelligence, in a way that made sense to patients and clinicians alike.

Some people are brighter than others. This is the finding which has emerged from intelligence research over a century. Read Linda Gottfredson  "Why g Matters: The Complexity of Everyday Life" (1997) if only just page 117 for an explanation of the relationship between literacy, learning and intelligence.

The video below shows David Lubinski talking to Linda for her Distinguished Contributor Interview.

At 14 minutes she talks about the meaning of g, general intelligence. She recalls the three things that are required to detect g, according to Hunter and Schmidt: reliable measures, no restriction in the range of intelligence, and no sampling errors.

As a consequence of some people being brighter than others, and some jobs being more complex than others "You cannot have equality and excellence too".

At 24 minutes she talks about the real tasks that people can or cannot do according to their intelligence levels.

At 35 minutes she describes how she came to write the statement on intelligence for the Wall Street Journal that was signed by 50 leading intelligence researchers in 1994. She said she kept it simple, and just summarised the main findings in the literature, and asked them to sign or not, not allowing them to change a word.

At 42 minutes she explains why intelligence is so important in health care: prevention requires a high level of self-care, and in the case of modern medicine, that turns out to be complicated. The dull are dying before their time, because the cannot follow the instructions for self-care.

At 57 minutes she mentions The Mind's Eye: the capacity of intelligent people to imagine to imagine hypotheticals, and evaluate them.

At 1:07 why g matters, at 1.12 her admiration for Arthur Jensen, at 1.31 the contortions that some test creators have got into when trying to build a valid test which also annuls racial differences, mostly by complicated cheating (for example, restricting the cognitive elements of the test to being able to read at the 1st percentile).

A summary of a lifetime's contribution, gracefully done by a researcher who suffered harassment for daring to talk about intelligence.

Shared via my feedly newsfeed