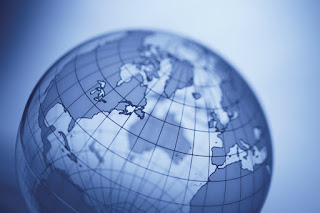 The CHC taxonomy is officially a globetrotter with a large bank of frequent flier miles.   An indicator of the increasing prominence and spread of the CHC taxonomy is reflected in the globalization of CHC assessment activities in countries beyond the United States.  Several examples, which are not exhaustive, are summarized below.


The influence of CHC theory, primarily via university assessment training in the use of the CHC-based Batería III Woodcock-Munoz (BAT III; Muñoz-Sandoval, Woodcock, McGrew, Mather, N. (2005a, 2005b), is prominent in Spanish speaking countries south of the US border.  This includes training, research or clinical use of the BAT III in Cuba, Mexico, Chile, Costa Rica, Panama, and Guatemala.[1]  Farther south, researchers in Brazil were early adopters of the CHC taxonomy as a guide for intelligence test development (Primi, 2003; Wechsler & de Cassia Nakano, 2016).  For example, Wechsler and colleagues (Wechsler & Schelini, 2006; Wechsler Nunes, Schelini, Pasian, Homsi, Moretti, & Anache, 2010; Wechsler, Vendramini, & Schelini, 2007) completed several studies in an attempt to adapt the CHC-based WJ III to Brazil.  More recently, Wechsler, Vendramini, Schelini, Lourenconi, de Souza and Bundim (2014) developed the Brazilian Adult Intelligence Battery (BAIB), which although only measuring Gf and Gc, is grounded in CHC theory.  Other Brazilian researchers have focused on the nature and measurement of Gf (Primi, Maria Ferrã, Almeida, 2010; Primi, 2014) with their research clearly couched in the context of the CHC model.  Even broader in scope, I (Kevin McGrew) together with Dr. Joel Schneider consulted with researchers from the Brazilian Ayrton Senna Institute (from 2016 to 2017) on the use of the CHC model as the key cognitive ability framework for developing measures of critical thinking and creativity as per the Organization for Economic Cooperationand Development (OECD, 2016) efforts to develop 21st century skills in students.


Additional emerging CHC outposts in northern Europe include the Netherlands and Belgium.  Hurksa and Bakker (2016) reviewed the influence of CHC theory, as well as the neuropsychological PASS theory, in an article providing a historical overview of intelligence testing efforts in the Netherlands.  A strong indicator of the growing interest in CHC theory was a CHC theory and assessment conference (New angles on intelligence! A closer look on the CHC–model) at Thomas More University, Antwerp Belgium, in February 2015.  Faculty at Thomas More University have developed a CHC assessment battery (CoVaT-CHC) for children in Flanders that measures the CHC domains of Gf, Gc, Gv, Gwm, and Gs.


Transported via the Chunnel to the United Kingdom and Northern Ireland, the CHC flame has been lit, but has not yet resulted in significant CHC test development.  In the 1990’s the WJ III author team was consulted to develop Irish norms for the WJ III.  One of the WJ III authors (Fred Schrank) visited and consulted at several universities in Ireland (University College Dublin, in particular) and continues to do so regarding the WJ IV (Fred Schrank, personal communication, March 2, 2017).  The CHC theory is now the dominant cognitive taxonomy taught in psychology departments (Trevor James, personal communication, March 3, 2017).


Traveling to the Middle East, known CHC activities have been occurring in Jordan and Turkey.  Under the direction of Bashir Abu-Hamour (Abu-Hamour, 2014; Abu-Hamour, Hmouz, Mattar & Muhaidat, 2012;), the CHC-based WJ III has received considerable attention and the WJ IV was recently translated, adapted, and nationally normed in Jordan (Abu-Hamour & Al-Hmouz, 2017).  In Turkey, the first national intelligence test (Anatolu-Sak Intelligence Scale; ASIS) was developed between 2015-2017.  Although the ASIS composite scores are not couched in the CHC nomenclature, the theories listed as the foundation for the Turkish ASIS are general intelligence, CHC and PASS.  Additionally, I (Kevin McGrew) worked with two universities in 2016 in the preparation of government sponsored grant proposals for additional national intelligence test development in Turkey, both that proposed to use the CHC taxonomy.


Pivoting toward Asia and the world “down under” reveals major CHC test development efforts.  Since the publication of the CHC-based WJ III several key universities and an Australian publisher have delved deep into CHC theory and assessment.  Psychological Assessments Australia (PAA) has translated, adapted, and normed the CHC-based WJ III and WJ IV in Australia and New Zealand.  The Melbourne area has been a particular flash point for CHC training and research.  Neuropsychologist and researcher Stephen Bowden and his students at the University of Melbourne have produced a series of multiple sample confirmatory factor analysis studies with markers of CHC abilities to investigate the constructs measured by neuropsychological tests measures.  The University of Monash, initially under the direction of John Roodenburg, and subsequently by his students, placed the CHC model at the core of their assessment course sequence and have influenced in the infusion of the CHC framework into the assessment practices of Australian psychologists (James, Jacobs, Roodenburg, 2015).


Finally, one of the most ambitious CHC test development projects has been occurring in Indonesia since 2013.  Sponsored and directed by the Yayasan Dharma Bermakna Foundation (YDB), a nationally normed (over 4000 individuals) individually administered CHC-based battery of tests for school age children (ages 5-18) is, at the time of this writing, nearing completion.  The AJT Cognitive Assessment Test (AJT-CAT) will be one of the most comprehensive individually administered tests of cognitive abilities in the world.  The AJT-CAT currently consists of 27 individual cognitive tests designed to measure 21 different narrow CHC abilities (and two psychomotor tests to screen for motor difficulties) and preliminary confirmatory factor analysis indicated that the battery measure eight broad CHC cognitive domains (Gf, Gc, Gv, Gwm, Ga, Gs, Gl, Gr) and the Gp motor domain.[3]

[1] Thanks to Dr. Todd Fletcher for providing this information.


[2] Thanks to Laurie Ford and Damien Cormier for this information.


[3] Kevin McGrew has served as the CHC and applied psychometric expert consultant on this project and helped complete these preliminary structural analyses.
Posted by Kevin McGrew at 11:08 AM