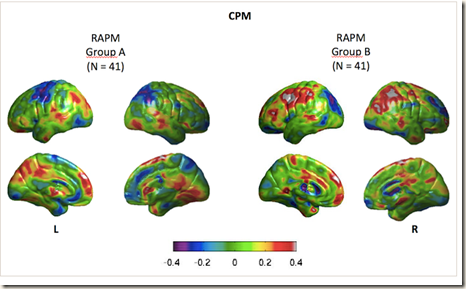 Roberto echoes Buz Hunt, who in 2011 said: "Ultimately, everything is in the brain (…) every expression of intelligence is due to actions of the brain". He argues that the engines of a BMW M5 and a Renault Scenic posses essentially the same components. However, the first vehicle goes faster on the highway because its components have distinct qualities. Human intelligence ranges between the equivalent performances of those sorts of vehicles. He adds an immediate cautionary note:
"There are so many differences in the specific brain areas various individuals use to do different tasks that no one specific area stands out for (cognitive) performance on any given task at the group level".
In terms of what can be concluded from the study of cortical lesions, the fronto-parietal regions of the left hemisphere are of particular relevance for g (general intelligence) perhaps because it has an essentially integrative function. 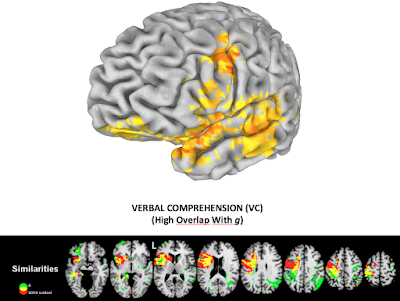 If you look at fluid intelligence, then the right hemisphere comes into play.
As regards cortical thickness, Roberto argues that brain development varies according to the initial intellectual level of the child, and proposes that developmental brain indices must take that into account.
Roberto feels that it is the connections (structural efficiency) made by the brain (revealed when carrying out a task) which seem to have explanatory power. There are particularly strong results when studying working memory, with less good fit with fluid intelligence and mental speed. 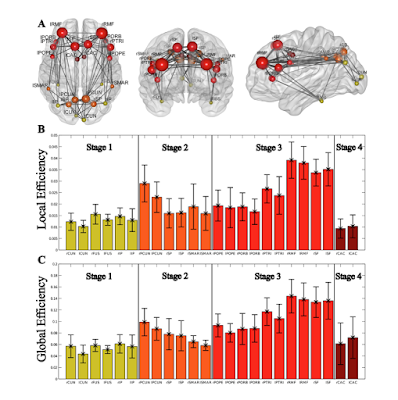 Finally, Roberto sums up his N-back mental training work by saying that the best results are for those with lower intelligence (within the range of his mostly student subjects.
Here is his abstract:
The Brain Connection' designates the fact that genetic and non-genetic factors influencing intelligence play on the brain. Understanding this psychological factor requires deep knowledge regarding brain structure and function. Psychometrics and cognitive neuroscience should work in tandem to find the most likely biological foundations of individual differences in human intelligence. This keynote discusses (1) the reproducibility of brain-intelligence relationships,
(2) the relevance of the measured phenotype,
(3) lessons derived from large-scale lesion studies,
(4) the relationship between intellectual ability and cortical development,
(5) the connectome and intelligence, and
(6) how can we improve our brains.
The brain is a general-purpose, highly dynamic, device. We, scientists, should focus our research resources on the brain, asking how it produces intelligence. Technological devices still unavailable will be of great help for that main purpose. hese tech advances will contribute to overcome our current lack of knowledge regarding human intelligence.