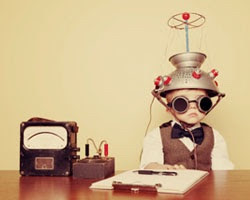 Something we all learned and have known at some point, but which we often forget when extrapolating from group-based research statistics/parameters to individuals.

Lack of group-to-individual generalizability is a threat to human subjects research. Article link in PNAS.

Only for ergodic processes will inferences based on group-level data generalize to individual experience or behavior. Because human social and psychological processes typically have an in-dividually variable and time-varying nature, they are unlikely to be ergodic. In this paper, six studies with a repeated-measure design were used for symmetric comparisons of interindividual and intraindividual variation. Our results delineate the potential scope and impact of nonergodic data in human subjects research. Analyses across six samples (with 87–94 participants and an equal number of assessments per participant) showed some degree of agreement in central tendency estimates (mean) between groups and individuals across constructs and data collection paradigms. However, the variance around the expected value was two to four times larger within individuals than within groups. This suggests that literatures in social and medical sciences may overestimate the accuracy of aggregated statistical estimates. This observation could have serious consequences for how we understand the con-sistency between group and individual correlations, and the gen-eralizability of conclusions between domains. Researchers should explicitly test for equivalence of processes at the individual and group level across the social and medical sciences.

The current study quantified the degree to which group data are able to describe individual participants. We utilized in-tensive repeated-measures data—data that have been col-lected many times, across many individuals—to compare the distributions of bivariate correlations calculated within subjects vs. those calculated between subjects. Because the vast ma-jority of social and medical science research aggregates across subjects, we aimed to assess how closely such aggregations reflect their constituent individuals. We provide evidence that conclusions drawn from aggregated data may be worryingly imprecise. Specifically, the variance in individuals is up to four times larger than in groups. These data call for a focus on idi-ography and open science that may substantially alter best-practice guidelines in the medical and behavioral sciences.